Music in the heart and soul can be heard by the universe. Learn how to listen and play your heart's song with Luba as your guide.

Group Lessons starting in the fall of 2022.

"Art, in itself, is an attempt to bring order out of chaos." - Stephen Sondheim

Expert Piano Instruction - Assessment for fit is FREE - regular rates apply from there. Schedule your interview below.

Potential students must have good sense of rhythm and tonality, perhaps even gifted. My methods are advanced and I require a piano at home for practice.

What you've heard about Russian teachers is true, we produce advanced playing ability with our students. We demand dedication and practice.

Feel free to reach out for an interview through the form below or calling me directly.

I'm honored to have my story included in 88 MORE Ways Music Can Change Your Life which was released on New Year's Day 2021. 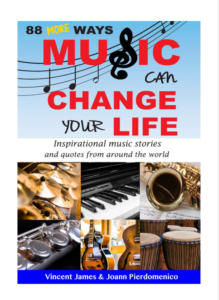 "88 MORE Ways" features over 100 new inspirational music stories and quotes by musicians and non-musicians from around the world. Instinctively, we all know the power of music, but sometimes we can't help taking it for granted.

"I'd like to thank the parents! I'm truly grateful for the opportunity to get to know your children and to work with them each and every week. They continue to amaze me with their intelligence, energy and sense of humor. Thank you for recognizing the value of music in the life of a child. Thank you for the time you invest in supporting your child at home. And, thank you for including me as a part of your child's musical education." ~ Luba

Luba Brodsky-Benefiel , piano and theory teacher, began Love for Music Studio to serve an ever-growing student need for excellent teachers. Her Russian style and training are known for its high quality and superior results. Just look at her reviews. She is adept at Skype lessons, offering convenience with consistency of content.

Luba Brodsky-Benefiel graduated from the Mussorgsky College of Music in St. Petersburg, Russia, with a major in Piano Pedagogy and Performance. She studied at Kneisel Hall in Maine with Seymour Lipkin.

Shortly after arriving in the United States, sought after by ASU patrons, Luba became accompanist for the Arizona State University Departments of Dance and Choral Music. She also accompanied and recorded for Ballet Arizona and West Valley Symphony.

Ms. Brodsky-Benefiel accompanied for the Department of Dance at the University of California Irvine. While there, she performed with such entertainers as Patrick Swayze, Irena Kolpakova, and Mikhail Barishnikov. Her professional resume speaks to her expertise with the instrument.

Ms. Brodsky-Benefiel is also a featured accompanist for the annual Arizona Vivaldi Festival, formerly held at Arcosanti in Mayer, Arizona. She currently teaches privately at Music Masters in Scottsdale, Arizona and at her studio in Chandler, Arizona. Her students perform in annual recitals and participate in performance and theory exams sponsored by the Phoenix Music Teachers Association. 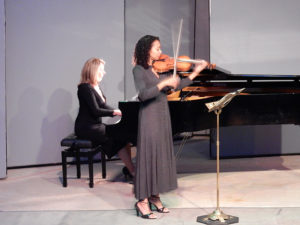 My schedule is currently full (33 students). Click here to contact me directly. For younger beginning students I strongly suggest two lessons per week (@$30 instead of $35) in order for them to develop properly.

I'm thankful for the recognition I recently received and the beautiful award. It is an honor to be recognized for the work that I so love to do.

Due to my student load increasing I can no longer drive to student homes. New students will need to come to my home studio. I can serve more students effectively that way.